The closest thing to World of Warcraft for Android 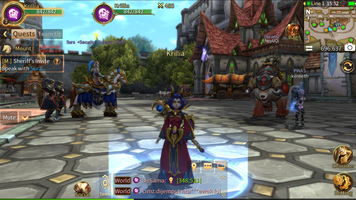 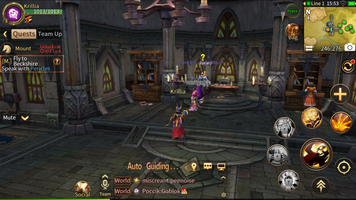 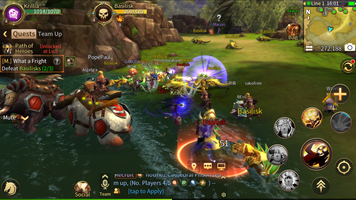 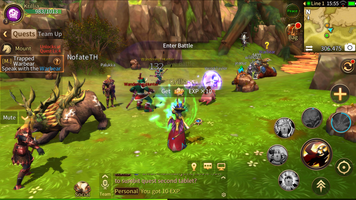 Advertisement
MT4 Lost Honor (also known as Era of Legends) is a 3D MMORPG that's clearly inspired by the popular game by the name of Blizzard, both in aesthetics and gameplay. This time, you'll turn into a fantasy character during his journey through the continent of Eminoel while he's looking for adventures.

There are eight types of characters available, each with features and skills that are really similar to the World of Warcraft characters. But here's an interesting fact for you: you can either choose a standard or a cartoon-like appearance that's more akin to the Asian market. This feature is basically trying to please everyone.

As far as the gameplay goes, you'll use the classic virtual controls to move around this enormous world and complete the task you're assigned. Leveling up your characters allows you to unlock new areas of the game (which might also remind you a lot to the popular Azeroth in many ways) as well as become stronger.

MT4 Lost Honor includes assisted combats and your character moves automatically. But, don't let your guard down because the battles will absolutely require your control skills so you can efficiently manage your skills' cooldown and assist your teammates. That's right, a bunch of battles (raids or PvP battles) will require the collaboration of other players.

MT4 Lost Honor is a really interesting Free to Play MMORPG that could very easily belong to the golden area of this genre for PC. We're talking about a game that stands out because of its incredible visuals and offers hours of entertainment while you reach the high-end content.
Reviewed by Raúl Rosso

This is the South East Asia version of the game. The international version is called Era of Legends, available on Uptodown.
Advertisement

Requirements
Android 4.0 or greater is required.

Why is this app published on Uptodown?
(More information)

Great graphics, bad shadows and voice acting, bad grammar from NPCs and too much auto-pathing for quests.

I LOVE warcraft, and this game the part, I would like a stable server, they create one and then another and another and the process is lost, because in the old I cannot enter n

Genshin Impact
An open-world RPG with spectacular graphics
Brawl Stars
3-on-3 battles from the creators of Clash Royale and Clash of Clans
League of Legends: Wild Rift
The MOBA king deploys its arsenal on Android
Cookie Run Kingdom
The sweetest kingdom is back

Fashion Empire
Manage luxury fashion boutiques in this game!
LifeAfter (Global)
Cling to life in a hostile world
Guild of Heroes
Join the company of these great heroes
Magic Rush: Heroes
Role-play and tower defense in a single game

Police Sim 2022
Happy Glass Ice and Sand
FNF Like A Dino
Fortnite
The popular battle royale -- now for Android
Riding Extreme 3D
Hop on a bike and pedal like crazy
LifeAfter
Survive on your own or team up with other players
RACE: Rocket Arena Car Extreme
Race against super-sized cars
Drift Max
Spectacular jumps and insane races await you